Rev. Al Sharpton claims he is getting death threats... 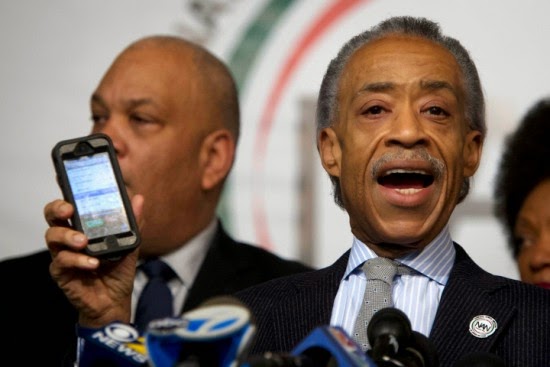 I wonder if he will turn down police protection if the officer is white?


It’s all about him.
The Rev. Al Sharpton claimed Sunday that he’s received death threats in the wake of execution-style murders of two NYPD officers in Brooklyn.
Sharpton, appearing alongside the wife and mother of Eric Garner, played a voicemail for reporters purportedly of a racist threat made against him.
“Hey n—-r, stop killing innocent people, I’m going to get you!” according to the barely audible recording.
The voice mail also included three f-bombs that went over live television in New York.
Keep on reading…

KKK allegedly puts $1,000,000 BOUNTY on AL SHARPTON's HEAD, according to INSIDER information provided by the NAAWP!


AL SHARPTON led the “WHAT DO WE WANT “DEAD COPS” RALLIES: http://theconservativetreehouse.com/2014/12/21/al-sharpton-today-im-the-victim-here/


What did AL SHARPTON get “2 DEAD COPS”!


NATIONAL ASSOCIATION for the ADVANCEMENT of WHITE PEOPLE - 2014