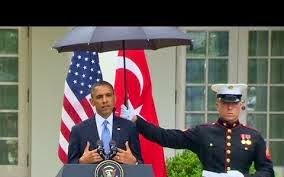 The number should be zero. Obama hates the military.

Via The Christian Science Monitor:


If President Obama's approval ratings have slipped with the general population, they have plummeted to record lows within one segment of the population: the US military.
Only 15 percent of active-duty service members approve of Mr. Obama's job as commander-in-chief, according to an annual Military Times survey, and more than half – 55 percent – say they disapprove of his job. The president has never been a very popular commander-in-chief among troops, but these numbers reflect a record low for Obama. His first year in office he enjoyed a relatively high 35-percent approval rating.