Barack Obama: Afghanistan will not “be a source of terrorist attacks again” 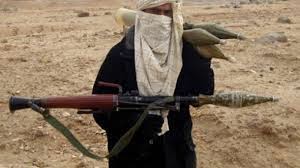 I hope this statement is true, but there is no good reason to believe it. It's just Obama making up stuff again.


President Obama pledged that Afghanistan will no longer “be a source of terrorist attacks again,” a week before the U.S. is set to end its combat mission in the Middle Eastern nation.
“We’ve been in continuous war now for over 13 years. Next week we will be ending our combat mission in Afghanistan,” Obama told troops in Hawaii late Thursday, celebrating Christmas.
“Because of the extraordinary service of the men and women in the armed forces, Afghanistan has a chance to rebuild its own country,” he said. “We are safer. It’s not going to be a source of terrorist attacks again.”
Though the American combat mission in Afghanistan is nearly completed, at least some troops are scheduled to stay in the nation until the end of 2016.
However, Republicans argue that the major drawdown of U.S. troops in Afghanistan will create another hotbed for terrorist activity in the Middle East, as the Islamic State of Iraq and Syria poses a major security threat to the region.