Guess which cable news network had worst ratings since 2005 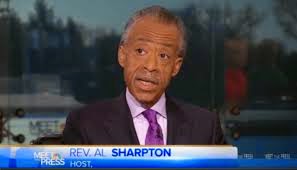 Congratulations to MSNBC. They earned it.


A change is going to come to MSNBC in 2015.
“Technology is continuing to drive unprecedented changes across the media landscape — and we all should be taking a hard, honest look at how we need to evolve along with it,” Phil Griffin, president of the NBC-owned cable news channel, wrote in a year-end message sent to employees Monday and reviewed by The Times.
Griffin noted that it was a tough year for cable news networks — Fox News Channel, CNN and MSNBC are all on track finish 2014 with a lower daily average audience than the previous year. Part of that has to do with the growth of broadband Internet service, which enables more news consumers to find video coverage online and through their mobile devices.[...]

Email ThisBlogThis!Share to TwitterShare to FacebookShare to Pinterest
Labels: MSNBC