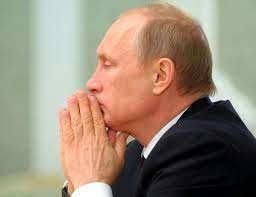 The Russian economy is in crisis because of falling oil prices. Fracking for the win.


Russia’s economy will shrink by around 4 per cent next year as a result of falling oil prices and ongoing financial turmoil, its finance minister has warned. Anton Siluanov said lower revenues would force the Government to increase its budget deficit and raid reserves to make up the shortfall.
His warnings came as President Vladimir Putin scrapped New Year holidays for Government officials because of the unfolding economic crisis.
“If incomes are lower and the main spending is fully financed, then we’ll have to use reserves and increase the deficit,” said Siluanov.
He said if oil prices stayed around US$60 a barrel the economy would contract 4 per cent and the budget deficit would be “considerably higher” next year.
“One year with a deficit isn’t so scary, the most important thing is to prepare future budgets,” he said. It came as Russia’s central bank said authorities had quadrupled the amount they would pump into the Trust Bank in the country’s second-largest bank bail-out.
Keep on reading…