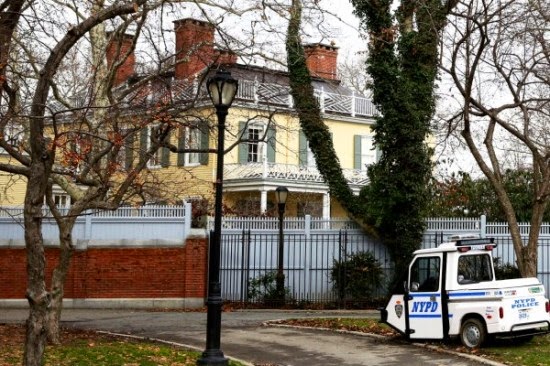 
Mayor Bill de Blasio, a self-declared progressive “man of the people,” has erected a massive new “privacy fence” to keep his constituents from looking in on Gracie Mansion.
The new fence — constructed just inside an existing red brick wall and a wrought-iron fence ringing the historic property — was actually dubbed a “privacy fence” by de Blasio and first lady Chirlane McCray, sources told The Post.
“So much for being mayor of the people. That brick fence was good enough for Rudy Giuliani and his family, and for Ed Koch and all the mayors before him,” a law enforcement source said.
Sources said the increasingly thin-skinned mayor demanded the extension because he was sick of nosy people in Carl Schurz Park peeping in while he hung out in the yard.