Want to change seats on a United Airline flight? That's a jailing... 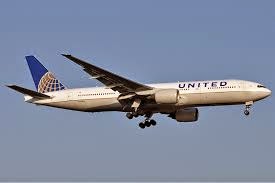 It seems you give up all your rights when you head to the airport. You may be subjected to an unconstitutional search by TSA and then treated like a jail inmate by the airline crew. Whatever happened to customer service or common sense?


It was the third leg of a long cross-country trip, and she hoped to sleep.
“One of the stewardesses said ‘Oh no you don’t.’ Which stopped me in my tracks,” she said.
So Mamakos moved toward the front of the plane.
“So I went forward and then another stewardess came along and said ‘Give me your credit card,'” she said.
Mamakos, a registered nurse, was in an empty exit row emergency seat and was told this would be a costly upgrade.
“At that point I decided no, I’m not paying $109 and I’ll go back to my seat,” she said.
Seated now, resigned to her crowded row, an announcement was made.
“I heard the captain say ‘There is a lady that wants to get off the plane on this flight, so we have to wait,” she said.
Flight attendants then surrounded her.
“And said ‘You have to get off this plane.’ And I said ‘no, I paid for this seat and I’m going to stay here,'” she said.
Mamakos was eventually booked, fingerprinted and had her mug shot taken before she was sent to the county jail. Her bags and her shocked friends went on to Alaska.
“They enjoyed their ski trip and I had an experience in jail,” Mamakos said.
Her attorney, Patricia Swicicki, said Mamakos spent three harrowing days in jail because courts weren’t open on the weekend. They are suing United Airlines for $5 million. Read more here...