Al-Qaeda in Yemen downgrades US on enemy list because of weak leadership... 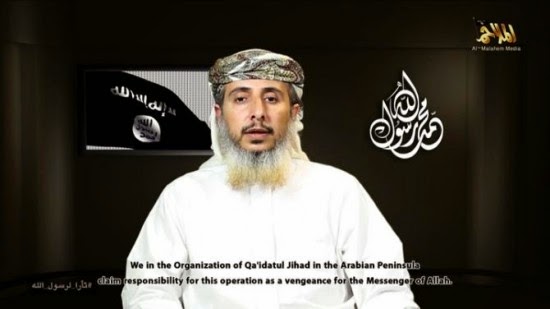 We are now below the French. How embarrassing. Thanks President Obama.


Dubai (AFP) – The ideological leader of Yemen-based Al-Qaeda in the Arabian Peninsula (AQAP) said Friday that France had surpassed the United States as the top enemy of Islam.
With the “weakening” of the United States in recent years, France has replaced America in the “war on Islam,” Ibrahim al-Rubaish said in an audio message published by AQAP’s media arm on YouTube.
US intelligence agencies consider AQAP to be the most dangerous branch of the jihadist network.
One of the group’s ideologues, Nasser bin Ali al-Ansi, has claimed in a video that AQAP was behind the January 7 attack on French satirical weekly Charlie Hebdo that left 12 people dead.
Cartoons of the Prophet Mohammed published by the magazine have angered many Muslims.
Western governments say it remains unclear if AQAP directly orchestrated the attack on the weekly, although they do believe one or both of the attackers, brothers Said and Cherif Kouachi, spent time with jihadists in Yemen.