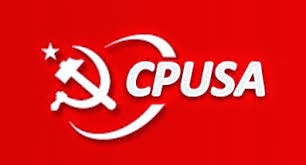 
The chairman of the National Committee of the Communist Party USA has penned a 2,023-word manifesto making the critical point that American Communists are eager to work with the Democratic Party to advance the modern communist agenda and achieve communist goals.
Communist Party chairman John Bachtell published his essay last week at People’s World, a “daily news website of, for and by the 99% and the direct descendant of the Daily Worker.”
“[L]abor and other key social forces are not about to leave the Democratic Party anytime soon,” Bachtell promised. “They still see Democrats as the most realistic electoral vehicle” to fight against perceived class enemies.
Bachtell, 58, is playing the long political game and he has a strategy, he said.
“First, we are part of building the broadest anti-ultra right alliance possible, uniting the widest array of class (including a section of monopoly), social and democratic forces. This necessarily means working with the Democratic Party,” the communist leader explained.