'The Rent Is Too Damn High' Guy Receives Eviction Notice 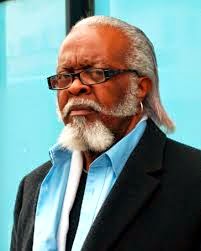 The truth is Jimmy McMillan has been living in an $872-a-month rent stabilized East Village apartment.


Via The NY Daily News:


The too-damn-high rent is now the least of Jimmy McMillan’s problems.
The flamboyant gubernatorial candidate has been slapped with an eviction notice ordering him out of his $872-a-month rent stabilized East Village apartment.
McMillan, founder of the fringe political party called The Rent Is Too Damn High, has filed suit in Brooklyn Federal Court seeking to stave off the eviction, which is scheduled to be carried out by a city marshal Feb. 5. Acting as his own lawyer, he is also demanding $1.3 million in monetary damages.
The 68-year-old Vietnam War veteran has been embroiled in a legal battle with the landlord, who claimed the one-bedroom flat on St. Marks Place wasn’t McMillan’s primary residence, and that he actually lives in Brooklyn.

Email ThisBlogThis!Share to TwitterShare to FacebookShare to Pinterest
Labels: Rent Is Too Damn High