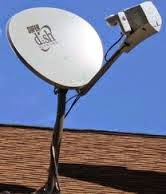 This is only going to get worse for Dish Network. Many more would have already left it it weren't for the early termination fees. FOX News is the go to news source for as much as 40% of America.


Thousands of TV viewers have proven they’re more loyal to Fox News than to the Dish network, following a dispute between the TV provider and political news channel. Since Dish removed Fox News Channel and Fox Business Network on Dec. 20, the provider has lost about 90,000 subscribers.
The source of the dispute involves an argument over contract negotiations:


Dish CEO Charlie Ergen in a Christmas Eve video on Dishstandsforyou.com said the parties were nearing a deal, even though Fox News was looking for an increase doubling its rate – a hike he said was somewhat justified given its leadership status in the space. He said the talks, broke down when Fox introduced a third network into the conversation, for which it was eyeing a “surcharge” that would have trebled the cost for a service that was not scheduled to expire “for some time.” Ergen didn’t identify the service.

In addition to the 90,000 people who have dropped Dish, a total of 350,000 people have called the provider or searched for alternatives in their area.