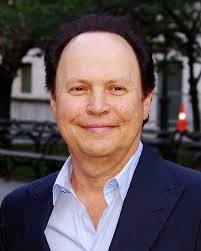 
Billy Crystal, who played one of the first openly gay characters on TV in the Seventies, told the Television Critics Association that gay scenes aren’t “to his taste”.
Speaking during a panel interview in Pasadena, the actor said: “Sometimes I think: ‘Ah that’s too much for me’.
“Sometimes, it’s just pushing it a little too far for my taste and I’m not going to reveal to you which ones they are. I hope people don’t abuse it and shove it in our face to the point where it feels like an every-day kind of thing,” Crystal added.
The actor played Jodie Dallas on Soap, one of the first unambiguously gay characters on US television, from 1977-1981.
Keep on reading…