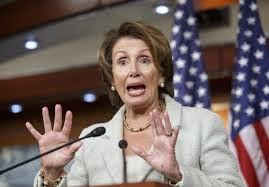 Pelosi would love to see Romney trounced by Hillary Clinton.


Mitt Romney has attracted an unlikely supporter in his possible 2016 White House bid: Rep. Nancy Pelosi (D-Calif.).
Asked if Romney has any shot at defeating Hillary Clinton in 2016, Pelosi told The Hill, “No, no. I mean, he might be a nice person — no offense, no offense — [but] let’s save you time.”
A smiling Pelosi added, “Let me put it this way — I hope he’s their nominee.”