Remember the 53 political prisoners that Obama promised Cuba would release? 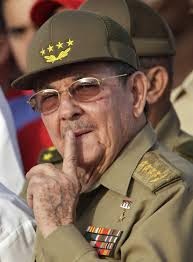 They still haven't been released. Obama is the worst deal-maker ever. If he was your lawyer negotiating a traffic citation, you would get life.

President Obama’s change of policy on Cuba looks worse with every passing day.
Remember the 53 political prisoners that Obama promised would be released? Three weeks later, the State Department could not confirm even one had been let out of prison. That became abundantly clear during an awkward, five-minute standoff between State Department spokeswoman Jen Psaki and reporters on Jan.5. Only after this embarrassing exchange did Washington and Havana rushed to say that “some” of them had been let out.
Why did Psaki pussyfoot around the issue? Earlier, administration officials had told the Wall Street Journal’s Mary O’Grady that to push Cuba’s communist leaders on the release of the 53 would only upset them. As O’Grady put it, “in other words, the Castros are sensitive boys who throw despotic tantrums when their absolute power is questioned. Asking them to keep their word is apparently a trigger.”
Keep on reading…

"Obama is the worst deal-maker ever. If he was your lawyer negotiating a traffic citation, you would get life."
Lol. It is funny but then again there is this little voice saying in the head. "I don't want Obama give me another lawyer"