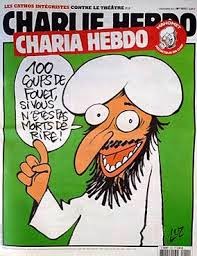 They are already censoring Putin critics in Russia.


Only two weeks after Facebook CEO Mark Zuckerberg released a strongly worded #JeSuisCharlie statement on the importance of free speech, Facebook has agreed to censor images of the prophet Muhammad in Turkey — including the very type of image that precipitated the Charlie Hebdo attack.
It’s an illustration, perhaps, of how extremely complicated and nuanced issues of online speech really are. It’s also conclusive proof of what many tech critics said of Zuckerberg’s free-speech declaration at the time: Sweeping promises are all well and good, but Facebook’s record doesn’t entirely back it up.
Just this December, Facebook agreed to censor the page of Russia’s leading Putin critic, Alexei Navalny, at the request of Russian Internet regulators.