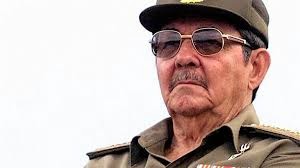 HAVANA - The start of talks on repairing 50 years of broken relations appears to have left President Raul Castro's government focused on winning additional concessions without giving in to U.S. demands for greater freedoms, despite the seeming benefits that warmer ties could have for the country's struggling economy.
Following the highest-level open talks in three decades between the two nations, Cuban officials remained firm in rejecting significant reforms pushed by the United States as part of President Barack Obama's surprise move to re-establish ties and rebuild economic relations with the Communist-led country.

"One can't think that in order to improve and normalize relations with the U.S., Cuba has to give up the principles it believes in," Cuba's top diplomat for U.S. affairs, Josefina Vidal, told The Associated Press after the end of the talks. "Changes in Cuba aren't negotiable."
It's not clear if Cuba's tough stance is part of normal negotiation tactics or a hardened position that could prevent the talks from moving forward.

Email ThisBlogThis!Share to TwitterShare to FacebookShare to Pinterest
Labels: Cuba