Report: ISIS fighters having gay sex behind the tents in the desert night.” 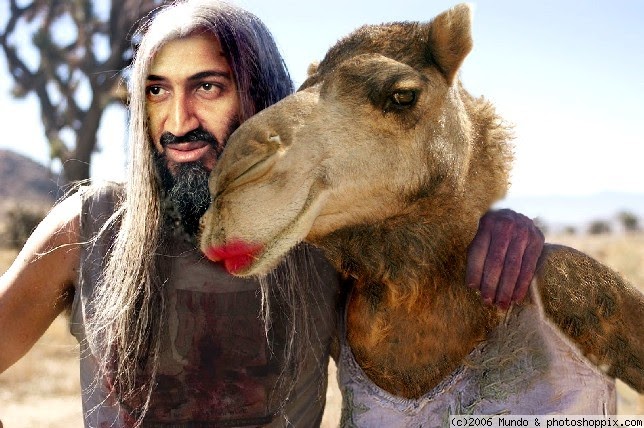 They will have to behead themselves if they are true to their beliefs. I guess all the camels and goats were already in use.


On Boxing Day last month, the New York Times published a story about an Islamic State (Isis) defector: a 14-year-old Syrian boy named Usaid Barho. According to Tim Arango, the journalist who wrote the story, Barho had been recruited by Isis via a mosque in his hometown, Manbij, near Aleppo. But within months of joining he began to have serious doubts about his decision and wanted to escape, volunteering to undertake a suicide attack so that he could sabotage the mission and surrender himself to security forces.
The plan worked and the target of Barho’s mission – a Shiite mosque in Baghdad – wasn’t incinerated and bespattered with human body parts. It was saved, as were the people praying inside it.
Barho’s story, as Arango makes clear, is part of a bigger story about the systematic exploitation and abuse of children in the conflicts in Syria and Iraq.
Arango observes that young boys have been recruited into Isis and sent to Iraq to fight or have been lined up, as Barho was, to become suicide bombers; that thousands have been killed or injured in bombings, crossfire and even executions; and that many young girls from minority groups have been kidnapped and sold into sexual slavery.
One detail in Arango’s story, however, stands out: it is the reference to homosexual sex in an Isis training camp. “He [Barho] said he saw men having sex with other men behind the tents in the desert night.”

The muslim men say men are for sex and women are only to have babies with.
The boys are used for sex until they grow facial hair.
Goats are their favorite for sex. They also use Donkeys and Camels.

Mohammed married a 6 year old girl. He had sex with her when she was 9 years old.
She was his favorite and he dressed up in her clothes.
Read the Koran and the Hadith. You will not believe what Mohammed approved of. Really Sickening.