Top Iranian military leader: U.S. officials have been “begging us” to sign a nuclear deal 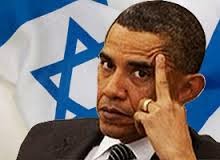 The Obama administration is desperate. They will throw Israel and the rest of us under the bus to get a political feather in their cap.


A top Iranian military leader claims that U.S. officials have been “begging us” to sign a nuclear deal during closed door negotiations with Tehran over its contested nuclear program, according to recent comments made to the Iranian state-controlled media.
Mohammad Reza Naghdi, the commander of the Basij, a paramilitary group operating under the wing of the Iranian Revolutionary Guard Corp (IRGC), recently claimed that the “Americans are begging us for a deal on the negotiation table,” according to comments published in Persian and independently translated for the Washington Free Beacon.
Naghdi added that American officials routinely “plea” with Iran in talks and that the United States is negotiating from a position of weakness, according to his comments, which follow earlier reports claiming that Iran’s leading negotiator “frequently shouts” at U.S. officials.
The military leader’s remarks appear to jibe with new reports that the United States is conceding ground to Iran in talks and will now allow it to “keep much of its uranium-enriching technology,” according to the Associated Press.
Keep on reading…