A leader arises to crush ISIS... 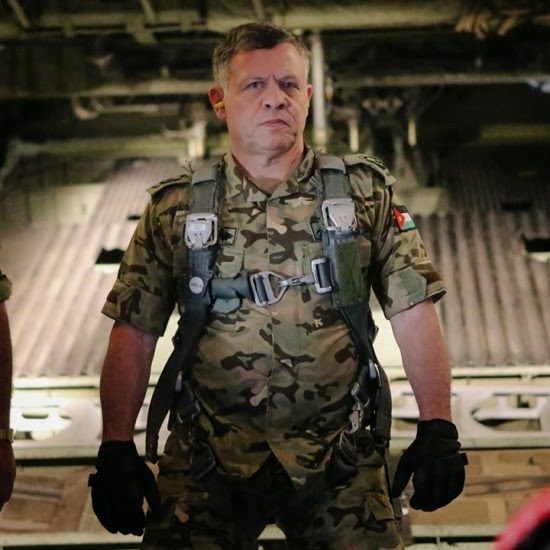 
Jordan’s King Abdullah is a former general and special forces commander who experts say has the resolve to follow through on his vow to crush ISIS.
Following the release of a ghastly video showing a captured Jordanian air force pilot being burned to death, the 53-year-old monarch warned that retribution will be swift. And with an army of more than 100,000 well-trained soldiers, tens of thousands more in reserves and a capable air force, Abdullah’s kingdom is more than up to the task, Middle East experts told FoxNews.com.
“Their ability to do difficult things with small numbers of highly trained people is up there with some of the best militaries in the world,” Jon Alterman, director of the Center for Strategic & International Studies’ Middle East Program, said of Jordan’s military.
Keep reading…