Obama names Yet Another Czar 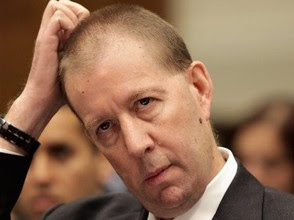 The newest czar to be added to the Obama collection is Ron Bloom. He will be the new "czar" for manufacturing. Ron Bloom was the former "car czar."

From the Detroit News:

Ron Bloom will assume the title of senior counselor for manufacturing policy in addition to his role as senior adviser on the president's task force on the automotive industry.

Obama said in a statement late Sunday that the manufacturing sector expanded in August for the first time in 18 months and had the highest monthly output in two years.

Bloom doesn't have any manufacturing experience, but he is in big labor's pocket.

Prior to joining the Obama administration, Bloom was a special assistant to the president of the United Steelworkers Union. His responsibilities included the union's collective bargaining program.

Before founding Keilin and Bloom, Bloom was a vice president at the investment banking firm of Lazard Freres & Co. where he specialized in analyzing, structuring and raising financing for union-led employee-ownership transactions.