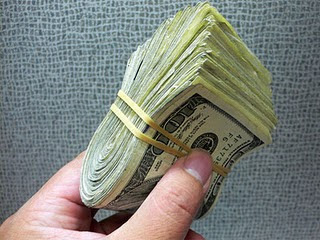 The stimulus was supposed to be about creating jobs. You would thinks more money would be spent in high unemployment districts. An analysis of data from Recovery.gov shows that isn't true. The leading factor determining where the most money goes seems to be politics. Democratic districts received two-and-a-half times more stimulus dollars than Republican districts. Democrats need to explain this discrepancy.

Controlling for the percentage of the district employed in the construction industry, a proxy for the vulnerability to recession of a district, I find no statistical correlation for all relevant unemployment indicators and the allocation of funds. This suggests that unemployment is not the factor leading the awards. Also, I found no correlation between other economic indicators, such as income, and stimulus funding.