55 minutes after the Benghazi attack, Obama, Biden and Panetta met and decided to do nothing to save our brave men? 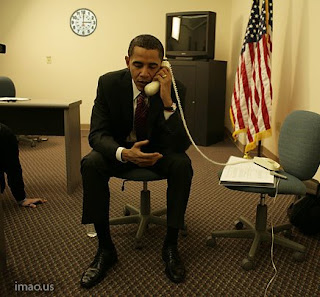 The more we know; the more it looks like President Barack Obama should be impeached. Obama got his 3 AM phone call at 4 PM and still blew it.


(CNSNews.com) – President Barack Obama met with Defense Secretary Leon Panetta and Vice President Joe Biden at the White House on Sept. 11, 2012 at 5:00 PM—just 55 minutes after a State Department email notified the White House and the Pentagon that the U.S. diplomatic mission in Benghazi was under attack.

The meeting between Obama, Panetta and Biden had been scheduled before the attack took place, and the Department of Defense is not commenting now on whether the three men were aware when they met that day of the ongoing Benghazi attack or whether Obama used that meeting to discuss with his defense secretary what should be done to defend the U.S. personnel in Benghazi.

“Secretary Panetta met with President Obama, as the White House-provided scheduled indicates,” Lt. Col. Todd Breasseale, a Defense Department spokesman, told CNSNews.com on Tuesday. “However, neither the content nor the subject of discussions between the President and his advisors are appropriate for disclosure.” [...]

You are probably wondering why they would have made the decision to not use drones, Specter gunships or a large special forces operation to try and save the lives of Ambassador Stevens and his defenders. There were already large protests against the US in other Arab countries over that stupid YouTube video.  Obama, Bide and Panetta were likely focused on not further inflaming the Arab masses. A couple of diplomats and Seals were expendable.

Have to dispute that the protests in other countries was over the YouTube video. They were chanting Obama, Obama we are all Osama, protesting the Pope's visit in Lebanon, and the Cairo protests was both announced by terrorist groups as early as Aug. 30th and attended by known jihadists. The video appears to be a convenient smokescreen, for both terrorists and the Obama administration.