Is Obama throwing the Military under the Benghazi bus? 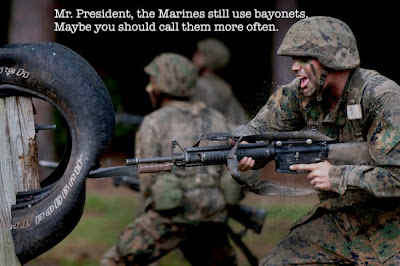 It wouldn't surprise me. Obama hates the Military.


Yesterday, the CIA insisted that ”No one at any level in the CIA told anybody not to help those in need; claims to the contrary are simply inaccurate.” The denial is in reference to the report that the CIA held back forces from helping the Americans who were under attack in Benghazi, Libya on 9/11.

And today, the White House is making a similar claim. ”Neither the president nor anyone in the White House denied any requests for assistance in Benghazi,” an Obama administration spokesman tells Yahoo’s Olivier Knox. [...]

So, since the the CIA says it wasn’t any of their guys, and since the White House is trying to eliminate any blame on themselves, does this mean the order not to help those Americans under siege in Benghazi came from the military? The White House, it would seem, is trying to shift blame in that direction.