Watch out for that GOP election wave 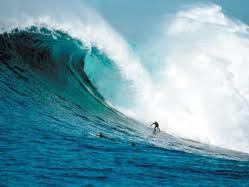 If Gallop is correct, Republicans are headed for another wave election like 2010. The key is who will turn out to vote.


This morning, Gallup released a bombshell survey of likely voters this November. It wasn’t a horse race poll, i.e. which candidate is ahead, but rather a look at the underlying demographics that will make up the electorate this November. They slap the survey with a very misleading headline, “2012 U.S. Electorate Looks Like 2008.” While this is true in many respects, it obscures one very big difference. For the first time in a presidential election, more Republicans will vote than Democrats.

If these numbers are within even a few points of what this survey suggests, then Romney will win decisively and the GOP will pick up the Senate. We are likely standing on the edge of another GOP wave election.