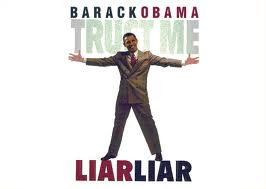 Obamacare was never about bending the cost curve downward. It was about providing subsidized healthcare to demographics that vote Democrat. Democrats used lies and accounting tricks to try and convince people Obamacare would reduce costs.  Obama was the Liar-in-Chief.


During his first run for president, Barack Obama made one very specific promise to voters: He would cut health insurance premiums for families by $2,500, and do so in his first term.

But it turns out that family premiums have increased by more than $3,000 since Obama's vow, according to the latest annual Kaiser Family Foundation employee health benefits survey.

What's more, premiums climbed faster in Obama's four years than they did in the previous four under President Bush, the survey data show.

There's no question about what Obama was promising the country, since he repeated it constantly during his 2008 campaign.

In a debate with Sen. John McCain, for example, Obama said "the only thing we're going to try to do is lower costs so that those cost savings are passed onto you. And we estimate we can cut the average family's premium by about $2,500 per year.