Obama: Obamacare not the "scary monster" the other side painted it as... 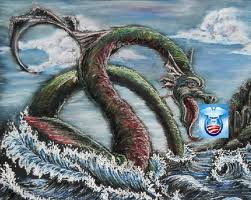 The scary monster has not been fully implemented. the scariest parts were deliberately pushed back to after this year's election.


Healthcare reform hasn’t turned out to be as scary as Republicans portrayed it, President Obama told the Des Moines Register editorial board as he made the case for a second term.

Obama regularly defends his signature healthcare law on the stump, and he brushed aside GOP criticism during the Register interview. Obama raised healthcare as he said he hopes to tackle immigration reform and deficit reduction in a second term, after the partisan rancor over his first-term achievements has subsided.

“So assume that you get those two things done in the first year, and we’re implementing Wall Street reform, Obamacare turns out not to have been the scary monster that the other side has painted. Now we’re in a position where we can start on some things that really historically have not been ideological,” Obama said.