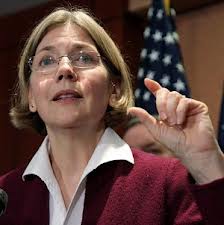 If anyone should know a socialist when he sees one, it's Bloomberg.

In a wide-ranging interview with the New York Times published Sunday, Bloomberg defended his support for Brown, citing the senator’s tough stance on concealed weapons.

“What I’ve tried to do is find liberal middle-of-the-road Republicans and Democrats,” Bloomberg said. “In the Senate, Scott Brown, who single-handedly stopped the right-to-carry bill. You can question whether he’s too conservative. You can question, in my mind, whether [Warren is] God’s gift to regulation, close the banks and get rid of corporate profits, and we’d all bring socialism back, or the U.S.S.R.”