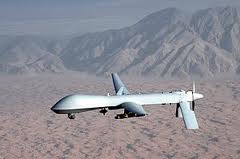 It's time for a new Commander-in-Chief


(CBS News) — The closer we get to the election, the harder Republicans in Congress are pushing for answers to a big question: What really happened in the attack on the U.S. Consulate in Benghazi, Libya last month that killed the U.S. Ambassador Christopher Stevens and three other Americans?

Some lawmakers are asking why U.S. military help from outside Libya didn’t arrive as terrorists battered more than 30 Americans over the course of more than seven hours. The assault was launched by an armed mob of dozens that torched buildings and used rocket propelled grenades, mortars and AK-47 rifles.

CBS News has been told that, hours after the attack began, an unmanned Predator drone was sent over the U.S. mission in Benghazi, and that the drone and other reconnaissance aircraft apparently observed the final hours of the protracted battle.

The State Department, White House and Pentagon declined to say what military options were available. A White House official told CBS News that, at the start of the attack, Chairman of the Joint Chiefs Martin Dempsey and Defense Secretary Leon Panetta “looked at available options, and the ones we exercised had our military forces arrive in less than 24 hours, well ahead of timelines laid out in established policies.”

Retired CIA officer Gary Berntsen believes help could have come much sooner. He commanded CIA counter-terrorism missions targeting Osama bin Laden and led the team that responded after bombings of the U.S. Embassy in East Africa. Keep on reading...