Report: Obama wanted to reestablish full US diplomatic relations with the Mullahs in Iran 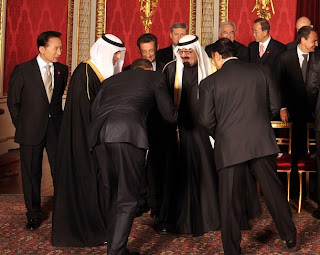 Would Obama have visited them afterwards and bowed down?


Soon after he took office, President Barack Obama began a process ultimately designed to reestablish full US diplomatic relations with Iran, including a reopening of embassies, an Israeli daily reported Sunday. The initiative, part of a wider shift in America’s diplomatic orientation, aimed at reaching understandings with Tehran over suspending its nuclear program, Maariv claimed, citing “two Western diplomats very close to the administration.”

The initiative led to at least two US-Iran meetings, the report said. Israel was made aware of the contacts, and opposed them.

But Iran rebuffed the “diplomatic hand” offered by the White House, Maariv reported. The Islamist regime “opposed any sign of normalization with the US, and refused to grant a ‘prize’ to the Americans,” according to an anonymous Israeli source quoted by the paper.