Liberals, democrats, Obama supporters and Tea Party hater have had a lot of fun with this picture. 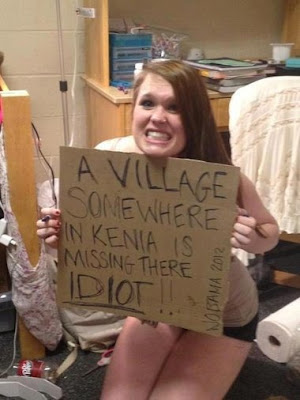 
As the story goes, a sorority girl at the University of Alabama, in some sort of political fit, scribbled a barely literate screed on the back of a pizza box. Amid the debris of a college dorm room, the young woman grits her teeth and scrunches her face as she holds up her homemade sign. A freshly used Sharpie is still between her fingers.