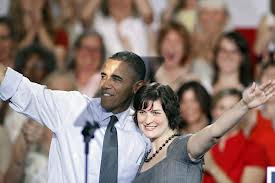 Nobody cares what Sandra Fluke thinks.


Sandra Fluke, the woman at the center of a media firestorm earlier this year after Rush Limbaugh called her a “slut,” spoke Saturday in front of about 10 people at the Sak ‘N Save in north Reno.

The speech was part of a daylong effort by Democrats to get Northern Nevadans to the polls on the first day of early voting.

“I’m trying to do everything I can for an election that I feel is very important. I have a unique opportunity for how I get to do that,” said Fluke, who is coming off recent campaign trips to Colorado, Iowa, New Hampshire and Florida as a surrogate for Democratic President Barack Obama’s re-election campaign.