Chutzpah: Axelrod claims there has been "no inconsistency" in Obama administration’s storyline on the Libyan attack 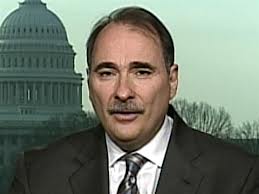 If you tell a lie often and with confidence, it becomes the new truth...


Senior adviser to Obama for America and former White House official David Axelrod blew off criticisms from Republicans Sunday that the Obama administration’s storyline on the Libyan attack had been inconsistent, calling it “nonsense.”

“Obviously, this was a tragic event, and the President did call it an act of terror – not just once, but several times – and asked for and ordered an investigation to get to the bottom of what happened, why it happened, and to bring those who committed this act of terror to justice.”

When reminded by Gregory that the Obama administration had not, in fact, had a consistent response on the events leading up to the attack, Axelrod claimed that, “We have reported, the administration has reported everything that we’ve been told, and we’ve shared it in real time.

“The fact is, it’s a complicated situation, ” he said. “There’s been no inconsistency. There’s merely been reports on the data and the intelligence that we’ve been given.”