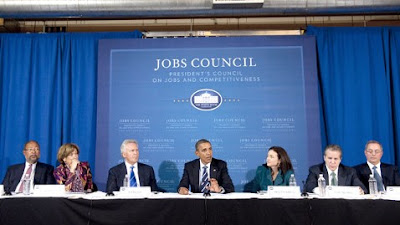 It's not like there are 12.1 million Americans unemployed or anything. Oh, wait...

At this point, the hiatus — which reached the half-year mark Tuesday — might be less awkward than an official meeting, given the hornet’s nest of issues that could sting Obama and the council members if the private-sector panel gets together.

For starters, there’s the discomfort many business leaders may feel in appearing to embrace the president with his reelection bid in full swing.