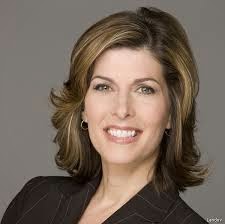 Sharyl Attkisson is a real journalist. Most of the rest are just Obama butt-kissers pretending to be journalists.

Investigative reporter Sharyl Attkisson, whose coverage of the Sept. 11, 2012, terrorist attacks in Benghazi, Libya, has earned her both high praise and harsh criticism, has launched a lawsuit against the Department of Justice, demanding access to FBI documents that involve her personally.
The now-senior independent contributor to the Daily Signal, a conservative online news outlet based at the Heritage Foundation, alleges that during her final months as a correspondent for CBS News, her personal and work computers were hacked as she continued to produce often unfavorable reports on the Obama administration.
“I am hoping to get information that sheds light on a number of problems I’ve been dealing with,” Attkisson told the Washington Examiner’s media desk Friday evening. “One of the items the FBI is withholding is information surrounding a case they opened on my computer intrusions, which lists me as the victim.”
“Yet they never told me they opened the case, never interviewed me, and won’t produce material relevant to the case or the case file. The case has to progress through court and, historically, the government drags it out (at taxpayer expense). So it’s unclear when, if ever, we might receive the documents to which we are entitled,” she said.
Keep on reading…