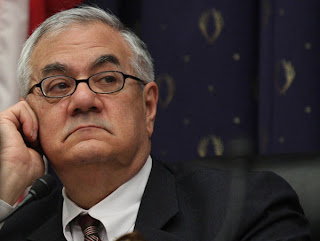 This could be very important. Barney Frank is one of the most influential liberals in the House and he is ready to change course on health care reform and revide it to something some Republicans can support. Hmm...

“I have two reactions to the election in Massachusetts. One, I am disappointed. Two, I feel strongly that the Democratic majority in Congress must respect the process and make no effort to bypass the electoral results. If Martha Coakley had won, I believe we could have worked out a reasonable compromise between the House and Senate health care bills. But since Scott Brown has won and the Republicans now have 41 votes in the Senate, that approach is no longer appropriate. I am hopeful that some Republican Senators will be willing to discuss a revised version of health care reform because I do not think that the country would be well-served by the health care status quo. But our respect for democratic procedures must rule out any effort to pass a health care bill as if the Massachusetts election had not happened. Going forward, I hope there will be a serious effort to change the Senate rule which means that 59 votes are not enough to pass major legislation, but those are the rules by which the health care bill was considered, and it would be wrong to change them in the middle of the process.”

As a side note, Frank still thinks we need to change Senate rules to kill the filibuster, but that isn't going to happen anytime soon.
Posted by Bluegrass Pundit at 6:01:00 AM

I have been saying throughout this procedure, that such a sweeping legislation ought to be put to a referendum vote or something, since it is SO sweeping and SO much of an impact on our economy and our choices. Barney Frank thinks we should change the rules to make it EASIER to pass this kind of sweeping change? Oust Frank next!