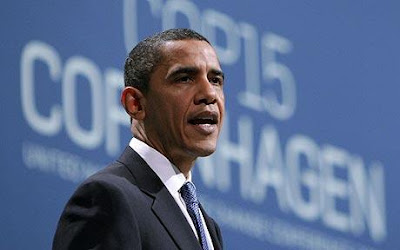 The nonbinding Copenhagen Accord is rapidly falling apart as countries fail to meet the January 31 deadline to declare their emissions reduction targets. The chances of the US ever passing Cap and Tax legislation has been greatly diminished by the election of Scott Brown to the Senate.

The timetable to reach a global deal to tackle climate change lay in tatters on Wednesday after the United Nations waived the first deadline of the process laid out at last month’s fractious Copenhagen summit.

Nations agreed then to declare their emissions reduction targets by the end of this month. Developed countries would state their intended cuts by 2020: developing countries would outline how they would curb emissions growth.

But Yvo de Boer, the UN’s senior climate change official, admitted the deadline had in effect been shelved.