Obama's State of the Union Was a Snoozer for Democrats

Republicans and Independents were closely watching President Obama's State of the Union address for signs he would pivot back to the middle after the hard left turn he tried to take us on last year. He didn't. Democrats must have know Obama would dish out more of the same Bush bashing he has spouting since 2008. They couldn't stay awake. 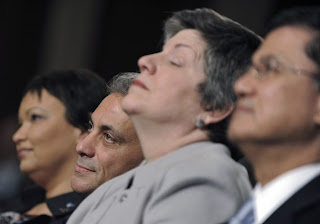 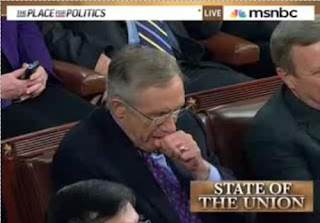 Perhaps Democrats can pass out "No Doze" next year.
Posted by Bluegrass Pundit at 6:11:00 AM

Email ThisBlogThis!Share to TwitterShare to FacebookShare to Pinterest
Labels: President Obama, snoozer, State of the Union

those are pretty funny! we kept waiting for Biden to nod off, too. Or just stop nodding.

The sad part is that the rest of us were too angry to be sleepy.

Ah BP my friend. Napolitanp had her eyes closed in thankful prayer that George. W. Bush is no longer president.


Did you like how your republican buddies forgot to applaud the tax cuts for small business and 95% of U.S. Taxpayers?


When did you guys stop being for tax cuts?

" Ah BP my friend. Napolitanp had her eyes closed in thankful prayer that George. W. Bush is no longer president."