Harry Reid is Trying to Buy His Re-election 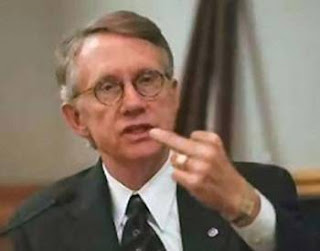 Harry Reid plans to raise $25 million to buy his re-election to the Senate. He has already raised $15 million and spent over $2 million in the last quarter of 2009 trying to bolster his falling poll numbers. Reid may be wasting his donors money. A Rasmussen survey taken in January found him drawing only 36% of the vote in a match up against his likely opponents.

The Senate leader, considered among the most vulnerable incumbents in the nation, has said he will raise $25 million for his campaign to win a fifth term in the Senate. He's raised $15 million so far and will need to raise nearly $1 million a month to hit that target.

As opposed to every other politician who are appointed because the have The Glow.

Although I suppose IOKIYAR applies...