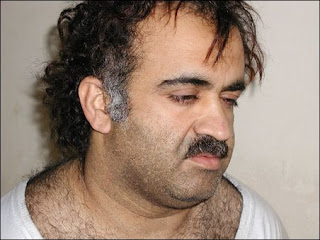 Objections of New York's Mayor, citizens and many Congressmen have changes the administration's position about conducting the trial of 9/11 mastermind Khalid Sheik Mohammed and other terrorists in New York City. Reportedly, the trials may be moved back to military tribunals at Guantanamo Bay.

The trial of 9/11 mastermind Khalid Sheik Mohammed won't be held in lower Manhattan and could take place in a military tribunal at Guantanamo Bay, sources said last night.