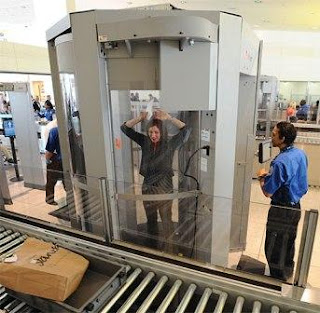 If you think the new body scanners that make people virtually naked will protect you from terrorists, think again. MI5 has uncovered evidence that Al Qaeda is planning to surgically implant explosives in response wider use of the new scanners. Isn't profiling starting to sound better?

Britain is facing a new Al Qaeda terror threat from suicide ‘body bombers’ with explosives surgically inserted inside them.

Until now, terrorists have attacked airlines, Underground trains and buses by secreting bombs in bags, shoes or underwear to avoid detection.

But an operation by MI5 has uncovered evidence that Al Qaeda is planning a new stage in its terror...