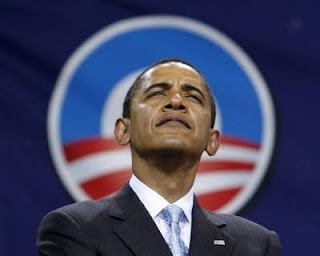 Berry recounted meetings with White House officials, reminiscent of some during the Clinton days, where he and others urged them not to force Blue Dogs “off into that swamp” of supporting bills that would be unpopular with voters back home.

“I’ve been doing that with this White House, and they just don’t seem to give it any credibility at all,” Berry said. “They just kept telling us how good it was going to be. The president himself, when that was brought up in one group, said, ‘Well, the big difference here and in ’94 was you’ve got me.’ We’re going to see how much difference that makes now.” [snip]

Rep. Marion Berry did not reveal when President Obama made that statement, but it demonstrates the depth of President Obama's arrogance. The election results from Virginia, New Jersey and Massachusetts indicate Obama is as clueless as he is arrogant.
Posted by Bluegrass Pundit at 6:11:00 PM

Hey democrats. How's that statement working out for you?