Pelosi Parties on Your Dime 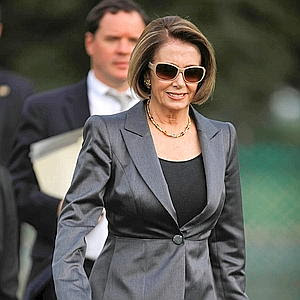 Judicial Watch has received documents under Freedom of Information Act about Nancy Pelosi's use of military aircraft for travel. Pelosi has racked up over $2 million in expenses over the last two years. Over $100 thousand was for "in-flight services" like booze and food.

It reads like a dream order for some wild frat party...

But that single receipt makes up just part of the more than $101,000 taxpayers paid for "in-flight services" – including food and liquor, for House Speaker Nancy Pelosi's trips on Air Force jets over the last two years. That's almost $1,000 per week.