NOAA Temperature Data Has Been Adjusted To Warmer Bias 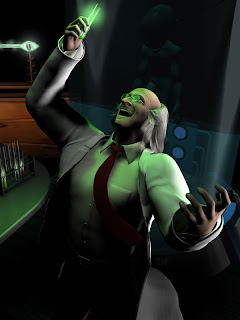 By 1990, NOAA deleted 4500 of the 6000 temperature data stations they were using to create their temperature record. The number of US stations was down to a low of 136 as of 2007. This is a 90% reduction. An analysis of the deleted data sets compared to the ones NOAA kept indicates they created a +0.6°C warming in U.S. temperature history. NOAA kept the lower altitude data sets near the urban heat islands of cities.

Although satellite temperature measurements have been available since 1978, most global temperature analyses still rely on data captured from land-based thermometers, scattered more or less about the planet. It is that data which NOAA receives and disseminates – although not before performing some sleight-of-hand on it.

Smith has done much of the heavy lifting involved in analyzing the NOAA/GISS data and software, and he chronicles his often frustrating experiences at his fascinating website. There, detail-seekers will find plenty to satisfy, divided into easily-navigated sections -- some designed specifically for us “geeks,” but most readily approachable to readers of all technical strata.

Perhaps the key point discovered by Smith was that by 1990, NOAA had deleted from its datasets all but 1,500 of the 6,000 thermometers in service around the globe.

Now, 75% represents quite a drop in sampling population...

Read the entire post at American Thinker.
Posted by Bluegrass Pundit at 3:15:00 PM

"It seems that stations placed in historically cooler, rural areas of higher latitude and elevation were scrapped from the data series in favor of more urban locales at lower latitudes and elevations"

It's a shame that the scientific commuinity has been corrupted by Left Wing Ideaology.

This is extremely dangerous for all mankind. We need scientist, but thank God the lies are being exposed, finally.

I've added you to my Blog list and I was hoping you can do the same for me?