This website recently popped up on the internet:
The Tea Party Is Over-
Our Mission: To prevent the Tea Party’s dangerous ideas from gaining legislative traction.

Here is a screen shot: 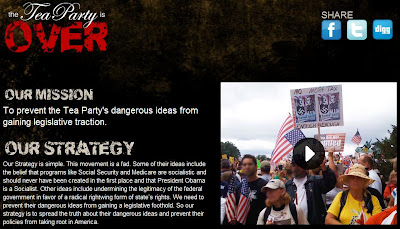 However, according to opensecrets.org, the 2nd largest contributor in 2008 to Patriot Majority was SEIU and other top Unions around America.

Here is a screen shot: 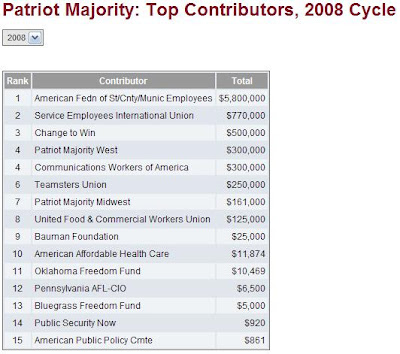 It is ironic a group calling itself the "Patriot Majority" is trying to destroy one of the most patriotic groups in America.
Posted by Bluegrass Pundit at 9:59:00 AM