In another blow to the hot air fueling global warming, Himalayan glaciers won't melt by 2035 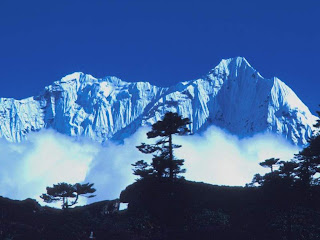 The blows keep falling on climate alarmists claims of extraordinary man-made global warming. The latest blow to fall is the revelation the Intergovernmental Panel on Climate Change (IPCC) claim that Himalayan glaciers would vanish inside 30 years. It has been revealed this claim was based on "speculation" by a little known scientist and was not supported by any formal research. The IPCC has no credibility.

THE peak UN body on climate change has been dealt another humiliating blow to its credibility after it was revealed a central claim of one of its benchmark reports - that most of the Himalayan glaciers would melt by 2035 because of global warming - was based on a "speculative" claim by an obscure Indian scientist.

The IPCC should be given no credibility by anyone. Even those who believe in AGW should now dismiss anything from the IPCC.