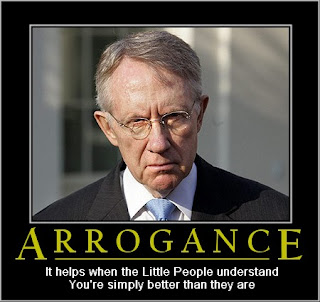 Harry Reid already had serious polling issues in Nevada. Both of his potential opponents in 2010 were beating him. Now that his racial remarks about Barack Obama in 2008 have been disclosed, his polling numbers have declined even more.

A new Rasmussen Reports telephone survey of likely voters in Nevada finds Reid earning just 36% of the vote against his two top Republican challengers. That’s a seven-point drop from 43% a month ago.
Reid, who is seeking a fifth term, received 61% of the final vote in 2004.