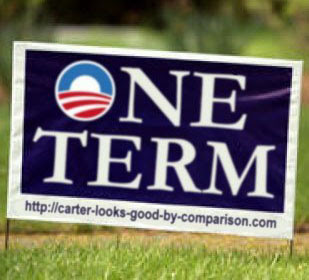 When the polls that lean Democrat can only find 42% of Americans that approve of you, it's over. The 'Hope and Change' spell cast on America by the mainstream media has worn off.

The president’s approval rating now stands at 42 percent – an all time low in CNN polling and 8 points lower than where Obama was only three weeks ago. Moreover, 56 percent of all Americans think the president has fallen short of their expectations.