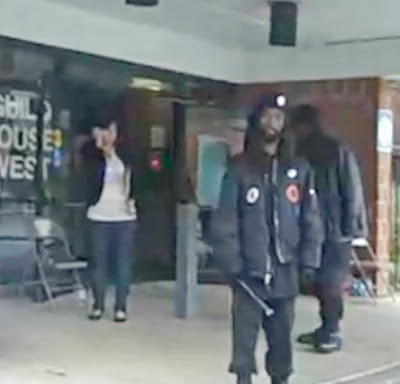 Documents received by Judicial Watch contradict sworn testimony by Thomas Perez, Assistant Attorney General for the Civil Rights Division, May testimony. Perez testified no political appointees were involved in the decision to not pursue the Black Panther voter intimidation case.

Starting on page 78 of the Civil Rights Commission May 14, 2010 (Hearing on Voter Intimidation Investigation)

25 COMMISSIONER KIRSANOW: Was there any
1 political leadership involved in the decision not to
2 pursue this particular case any further than it was?
3 ASST. ATTY. GEN. PEREZ: No. The
4 decisions were made by Loretta King in consultation
5 with Steve Rosenbaum, who is the Acting Deputy
6 Assistant Attorney General.
(emphasis mine)

Here is the not so shocking truth. Democratic election lawyer Sam Hirsch was reportedly involved in the DOJ decision.

Judicial Watch, the public interest group that investigates and prosecutes government corruption, announced today that it has forced disclosure of the existence of documents from the Department of Justice (DOJ) indicating Democratic election lawyer Sam Hirsch was involved in the DOJ decision to dismiss its voting rights case against the New Black Panther Party for Self Defense.

The records, described in a Vaughn index produced pursuant to a Judicial Watch Freedom of Information Act (FOIA) lawsuit, contradict sworn testimony by Thomas Perez, Assistant Attorney General for the Civil Rights Division, who testified before the U.S. Civil Rights Commission that no political leadership was involved in the decision (Judicial Watch v. Department of Justice (No. 10-851)). (emphasis mine)

The “Vaughn index” describes documents responsive to the lawsuit currently being withheld in their entirety by the Justice Department. Read more here.

There is nothing to see here. Move along. The Lamestream Media buried this story months ago.