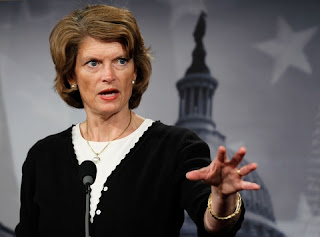 Declaring that Alaska “cannot accept the extremist views of Joe Miller,” Sen. Lisa Murkowski (R-Alaska) said Friday that she intends to run as an independent write-in candidate this November.

Murkowski called her decision “a difficult one,” but cited “an outpouring of support from Alaskans all over the state” as a primary driver of her decision.