Shocker: Octomom going back on welfare 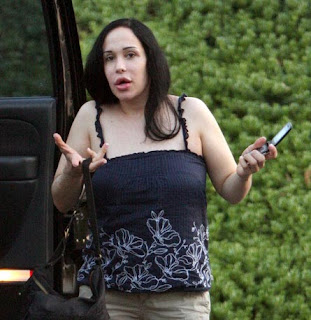 The infamous "Octomom" story enters another phase. Nadya "Octomom" Suleman had a litter of eight children, in January of 2009, after fertility treatments. Added to the six children she already had, this increased her family size to 14 children. At the time, she was unmarried, unemployed and on public assistance. Suleman has lived on her notoriety since then, but the ride appears to be over. Now, the taxpayers will step in and support her irresponsibility.

After gaining notoriety for going full-term with eight children, to add to the six children she already had, the unmarried Suleman is now almost completely broke, and ready to go on welfare, RadarOnline.com reports.

"She's going on welfare and it's going to be very soon," an insider told the web site. "There's just no choice. She's running out of money and those kids need to eat."

The money Octomom made selling access to her life is almost all gone, and reality TV and book deals have not panned out, the web site says.

That has to be one huge welfare check. Plus, she will likely get housing and childcare assistance.